Strategy & The Art of War 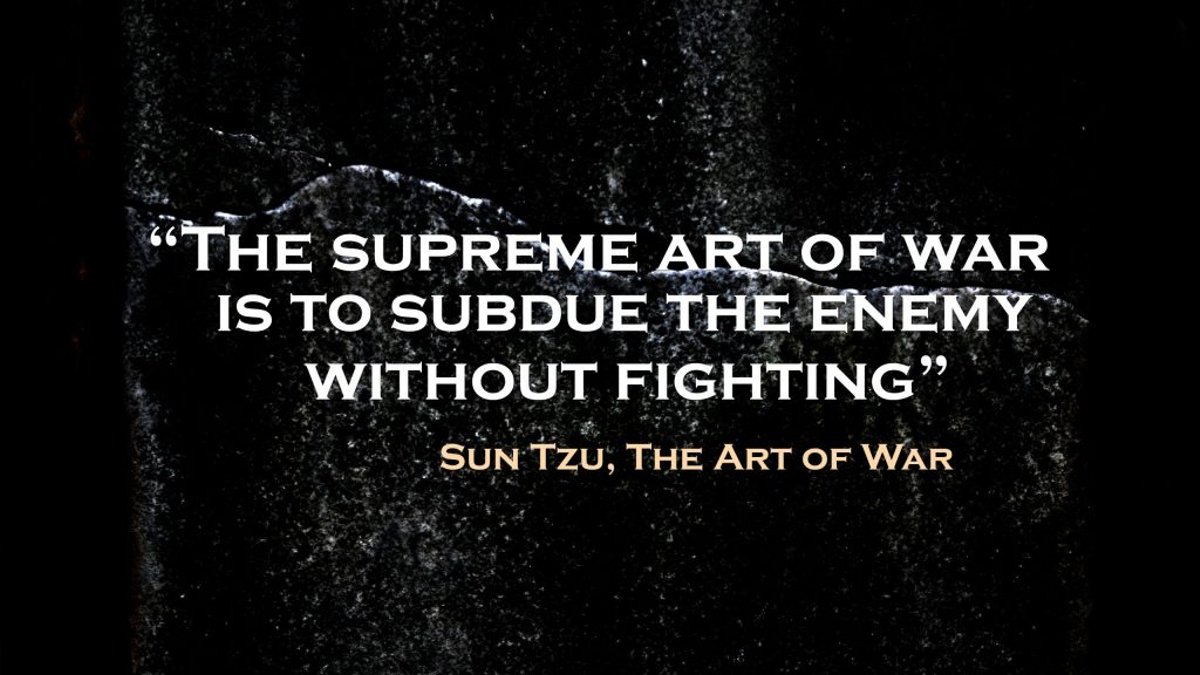 Posted at 17:31h in Strategy by Gareth Barr 0 Comments 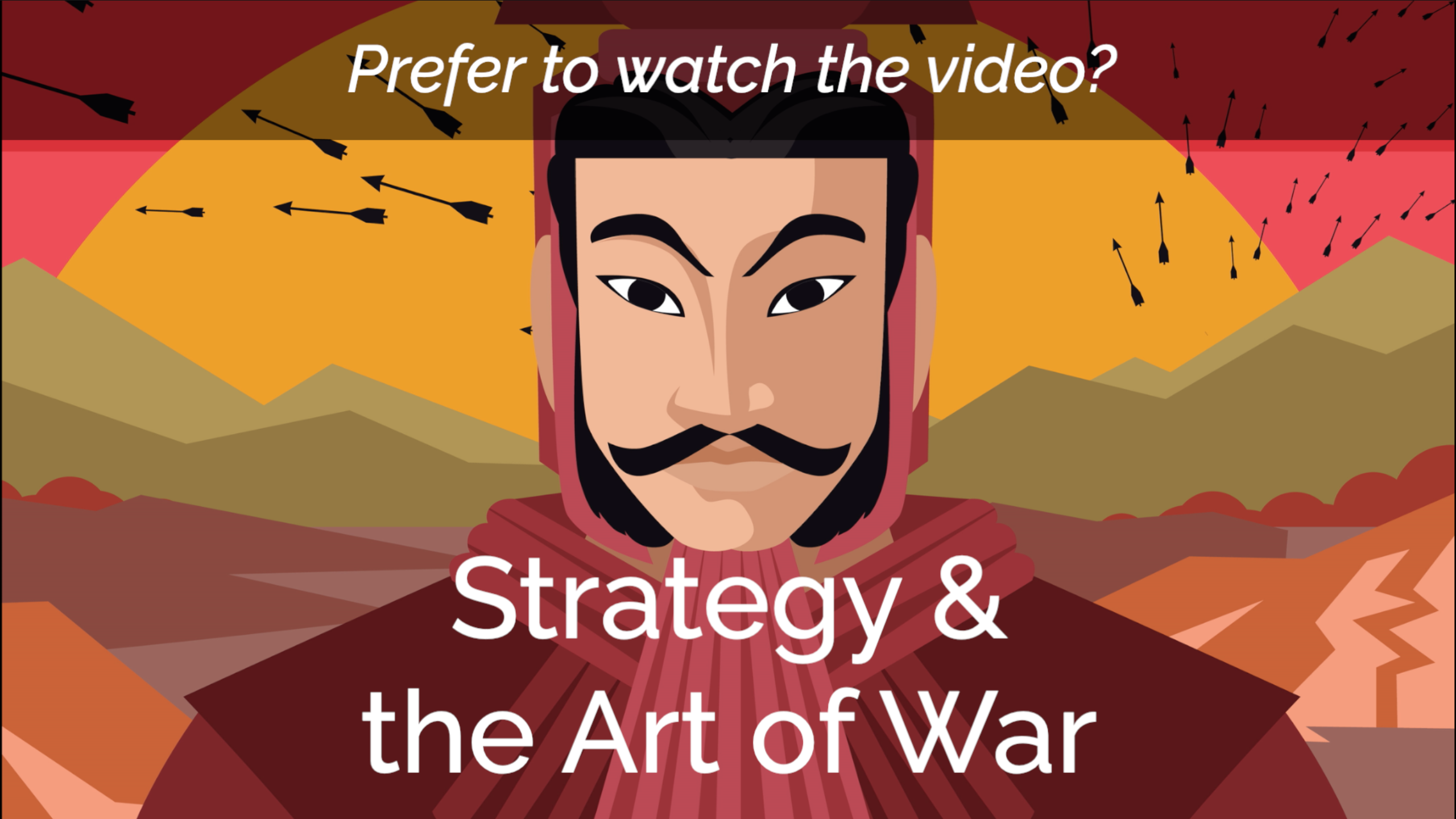 Strategy & The Art of War by garethbarr.com

What’s the difference between leadership and management? What makes a good leader? This is the first article in a series exploring this topic. To view the Dancing Man video referenced in this episode, click here. Please remember to subscribe to my podcast. You can find out more about me here.

We’ve all heard how we “need to be strategic in our thinking”, or how “we need to strategize over the latest problem to surface”, but what does that actually mean? Too often in my career, I’ve seen people throw the word “Strategy” around without really thinking much about what a strategy is, or why it is important. To be fair, I spent much of my career in a similar situation, having only a cursory understanding what was meant by it, and unsure how to deliver it.

For many, their idea of a strategy is a lengthy white paper, with lots of prognostication about the future. For others, it’s more like a buzzword to hang ideas off. I believe that it’s so frequently misused that it risks losing value as a term. How many times have we seen something like “people-based culture” or “operational excellence” presented as strategy, when in reality, those are more like values or operating principles than strategy.

In his article What is Strategy, renowned thought-leader Michael Porter decries this focus on “Operational Effectiveness”, or doing something better than competitors, seeing it as necessary but not sufficient. He goes on to articulate the need for differentiation, effectively describing strategy as the need to choose which battles to fight. It’s an extremely good read and still highly relevant today despite being written in 1996!

Competitive strategy is about being different. This means deliberately choosing a different set of activities to deliver a unique mix of value

Porter’s assertion that the essence of strategy is “choosing to perform activities differently than rivals do” is not a new realization.  Sun Tzu (544-495 BCE), author of “The Art of War” – often considered the definitive work on strategy and war – makes it clear that choosing which battles to fight is a critical part of strategy.  He writes, “So in war, the way is to avoid what is strong, and strike at what is weak”, and even “The wise warrior avoids the battle”.

The essence of Sun Tzu’s quote below and Porter’s reminder that operational effectiveness as necessary but not sufficient for success offer the same advice:
Make sure you have a clear vision of what you are aiming to achieve, be willing to take the hard decisions required to focus your efforts, and know your path forward.

Strategy without tactics is the slowest route to victory. Tactics without strategy is the noise before defeat.

I find that looking at Strategy within a larger context of organizational objectives can make things clearer.  For me, the OGSM (Objectives, Goals, Strategies and Measures) Model offers a  simple representation that helps to understand the concepts.

In the OGSM model, you have one or more Objectives – typically the vision or future state.  An example might be,

To achieve this objective, we need to identify a series of Goals or milestones that would have to be met along the way, e.g.

To meet these goals, we need to make critical decisions on where to invest time and resources, and, more importantly, where NOT to do so.  These are Strategies, and they help describe the way we aim to achieve the goals.  For example, we could have a strategy like:

It’s important to emphasize that strategies generally involve trade-offs.  In the same way that you can’t fight a battle on all fronts at the same time, you can’t realistically be the best quality and the cheapest and the fastest all at the same time – you will likely fail at all areas.  This is why these decisions are so critical.

The remainder of the model describes how you will Measure your progress towards these goals, and goes into further detail about the specific steps to take, but that’s beyond the scope of this article.

As you can see, Strategy plays a critical role an achieving desired outcomes, yet I contend that it is still significantly underrepresented or misunderstood in the corporate world.  What can you do to help your organization?  I’d recommend you start by reading books and papers on the subject – I’ll post some in my reading corner – and try to use this in your day to day work.  You don’t need to start with the big stuff; a small team can still use strategy to help get success within their organization.  It’s also worth noting that The Art of War is actually a very easy, relevant and inspiring read – and fairly easily applicable to business topics.

Who am I, and why should you care what I think?  Find out more about me here.